So, while I’ve done some other reviews of stores, or have some upcoming, I figured I’d do one for a place that I’ve actually purchased 2 costumes from! The online store, Herostime, came up in my search for Phoenix costumes from X-Men, and had a lot more than I bargained for! 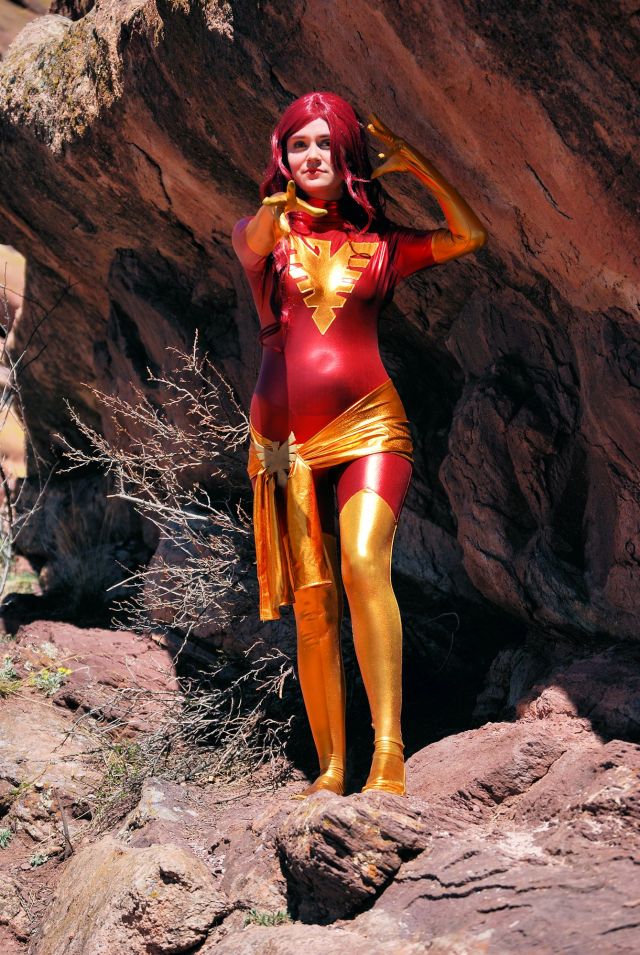 Yunie as Dark Phoenix from X-Men, photo by Ken Cron

My first one I ordered was one of their Dark Phoenix costumes. I went with the more metallic look, as I always thought it looked more interesting in photos. Now, when it arrived, I quickly learned you order a size up from what you expect. The costumes are made quickly, hence why they’re not exactly pricey (about $45), so the measurements are a bit off. This costume looks skin-tight, cause it is, lol! The gold also looked more orange, but it honestly photographed really well! I added soles to the feet, bought the Phoenix symbol for the belt, and went out to Red Rocks Park here in Colorado and played around in my fiery beast. After the photoshoot, I realized the metallic does come off of the costume over time in the most touched areas, but hey, for as cheap as I got the costume, I don’t care. ❤ 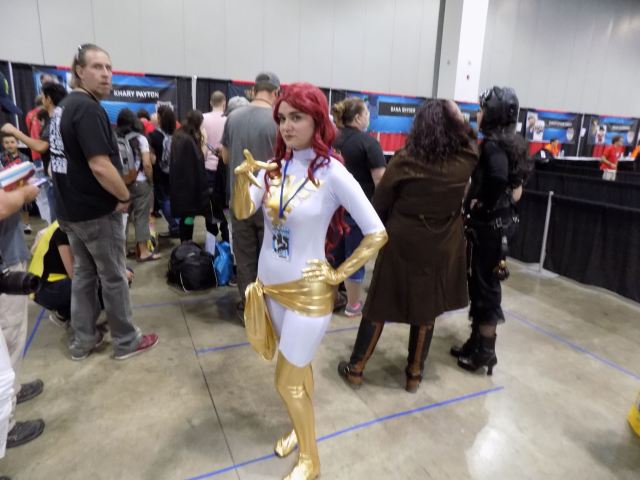 Yunie as White Phoenix of the Crown from X-Men

I bought my second costume from Herostime right before this year’s Denver Comic Con, and don’t yet have super awesome photos of it, so bear with me! This time, I went with White Phoenix of the Crown and made sure to order a size up! The price was the same as my other Phoenix costume ($45)! The fit was immensely better and since it wasn’t the metallic spandex, the white was thicker and happily not see-through. I added soles to the feet once again, and of course, broke my belt buckle the day of the con. 😀 But I was very comfortable and am excited to do a good shoot with her.

The shipping is a little pricier, as the costumes do come from China. The site also offers costume shoes and wigs as well, so you can basically buy a whole cosplay if you really want! Also with shipping, give it time, It can take a bit to arrive, so don’t order a week before your event cause it won’t arrive on time.

Overall, I like the store and am planning to order more pieces in the future… Especially when I really just don’t want to play with spandex. ; P

I am a cosplayer, a nerd, a geek. I am whatever you call me. However, I have a brain and tend to use it.
View all posts by Yunie →
This entry was posted in article, review and tagged article, comics, cosplay, costumes, herostime, marvel, phoenix, review, x-men. Bookmark the permalink.