It’s time for another interview, this time with AtomBombBody! She’s a newer cosplayer from California, who enjoys creating original costumes and armor builds! 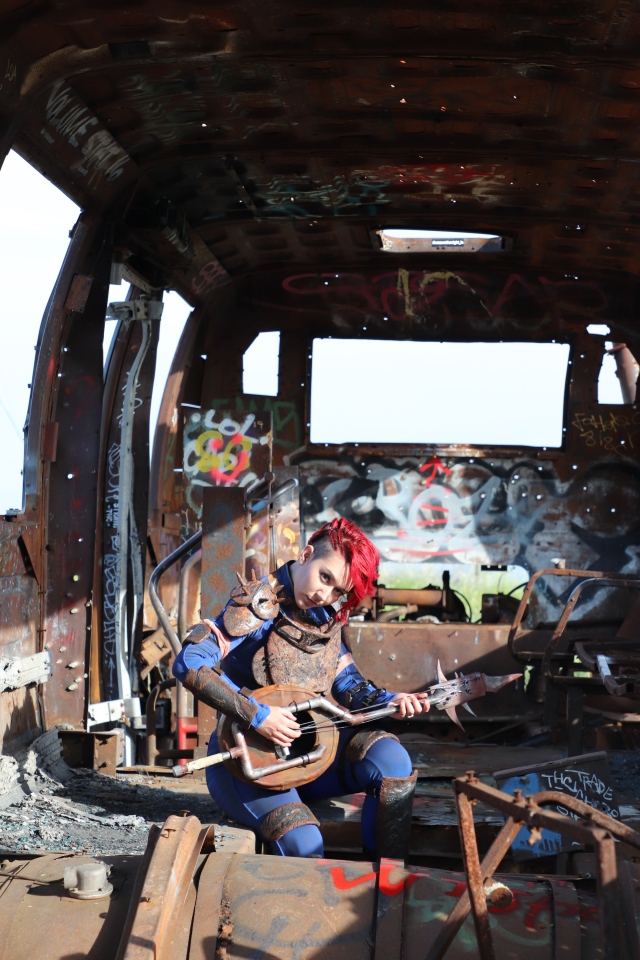 What’s your cosplay alias and why did you choose it?
My cosplay alias is AtomBombBody. I’ve always been a fan of the Fallout games/post apocalyptic themes in general so I took the name “Atom Bomb” from the song ‘Atom Bomb Baby’ but instead swapped it with ‘Body’ because I had competed in bodybuilding competitions as well.

How many years have you been cosplaying and what got you started?
I’ve been only cosplaying for about 3 years; I always loved the idea of getting to dress up as the kick butt characters I’ve gotten to play as in video games.

What has been some of your favorite things to work with when constructing costumes and why?
I mostly work with EVA foam and absolutely love it. It’s affordable and newbie friendly. I love making cosplays with armor pieces so this worked out best for me. My favorite process though is painting, that’s where the pieces really come to life. I specialize in post apocalyptic armors so I love using iron filings to get a real rust look/texture.

AtomBombBody as Slave Leia Mercy from Overwatch, photo by 4n6design

What are you excited to be working with in the future and why?
I would love to try 3D printing, just for all the amazing amount of templates already available out there. I also need to work on my sewing skills, because it’s very important! You can’t be naked under armor! (Well, maybe sometimes you can).

What are some of the traits you like to see in other costumes and who do you think does well in them?
Like I’ve mentioned earlier, I absolutely love armor pieces and glorious paint jobs. I’ve gotten all my inspiration and have learned a lot from “the big 3″… Kamui Cosplay, Punished Props Academy, and Evil Ted Smith.

What is your view of the “cosplay scene”?
I think cosplay has definitely taken off over the last few years, but it’s still something that is still kind of “closeted” that some people (including myself) sometimes hesitate to admit they are into. When people first ask me about my hobbies, I usually say, “Making costumes” because some people still have no idea what cosplay is. Or if I want to sound super fancy, I’ll say I’m a “Costume Fabrication Engineer”. 😛

What are some of the things you want to see change in the scene?
While I love prints and the fact that cosplayers are proud of their work, I would like to see more cosplayers have an educational aspect to their branding. There is nothing wrong with being a “cosplay model” of course, but if you have props and costumes on display at your booth I’m going to be much more impressed!

AtomBombBody’s pupper, Zulu, as Dogmeat from Fallout, photo by AtomBombBody

What is some advice you could give people starting to get into cosplay?
Just start! I waited so long to get into it because I wanted to know as much as possible but you don’t start to learn until you get your hands dirty and fail a lot! Failing is learning!

What are some of your favorite conventions you’ve attended and why?
I love smaller conventions such as the Colossus Girl conventions. I actually get to speak to other vendors, guests and cosplayers without having to worry about a sea of people pushing me around! That and I love that I’ve gotten to go to other states/cities that I otherwise would never have visited.

Give a random fact about one of your costumes that you’re proud of!
The Atomic Wonder Woman cosplay that I did was technically my first ever cosplay, I loved the idea of the character and tried to make it back in 2012ish using only thrift store items. I revisited the cosplay this year to make some much needed improvements to it and I think that younger me would be proud! 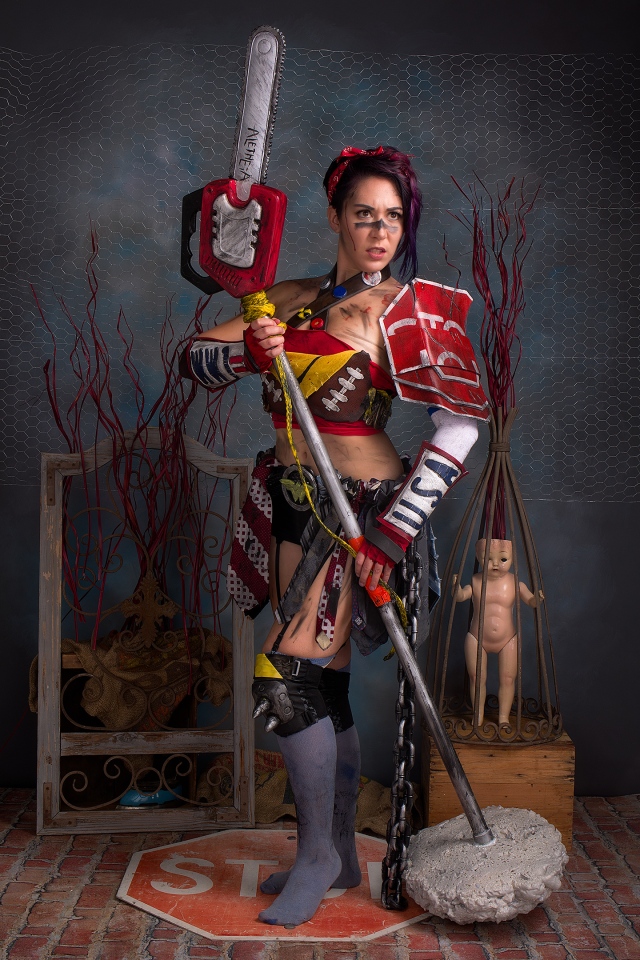